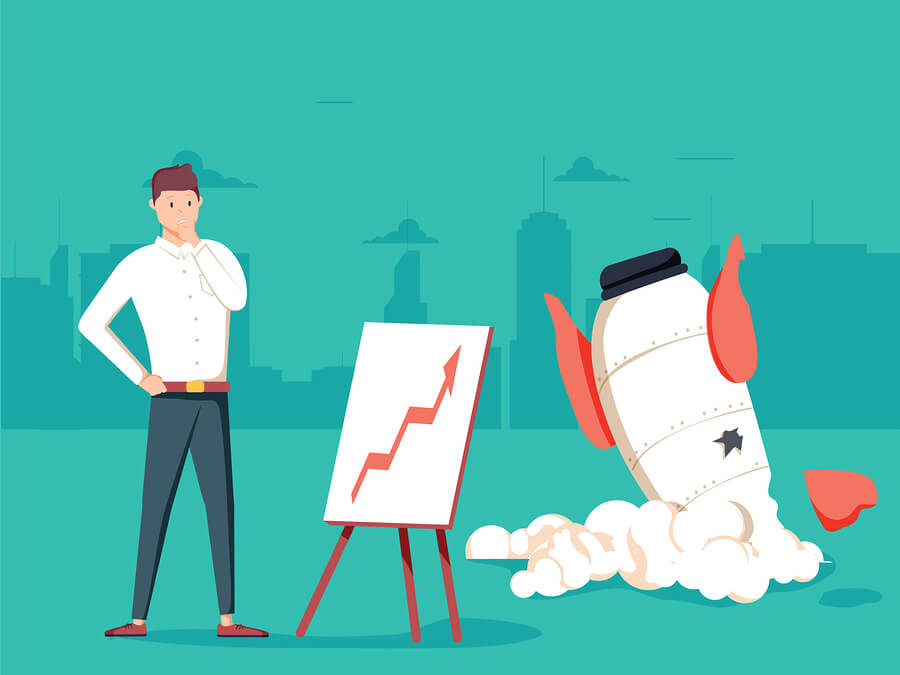 This post was written for and first published on Inside Small Business.

Have you ever noticed how many successful entrepreneurs have a back story that includes a business failure or near-death experience?

Steve Jobs – Jobs was famously fired from Apple in 1985 before retaking the helm and creating those things that we can’t seem to live our lives without now – smartphones.

Walt Disney – Yes, Walt Disney was a failure – before he practically invented American culture. He was fired from his work at a newspaper because the editor didn’t think he had any good ideas or imagination.

Oprah Winfrey – She’s so famous that you don’t even have to say her surname. Just saying Oprah is enough! Well, she was fired from her first job at a TV station because the producer thought she was unfit for TV. I wonder if he or she is still living that statement down!

Anyway, the point is that many, many people that we see as successful have failed – in some way or another – in the past. In fact, it seems to be a necessity.

If you have a few hours spare, head over to Google and read about the reasons, embedded in our psychology, why failure is a pre-requisite to success and, I would suggest, resilience.

A chance for a new beginning

The reason I’m posting about this is that many, many people will have lost their jobs and/or businesses over the past few months with this terrible pandemic. No doubt, they will carry feelings of having failed. Our society does not appreciate failure. It’s unacceptable. Failure means that we’re not good enough, or didn’t try hard enough. Failure is something to be ashamed of.

But that is just not true. Coronavirus wasn’t invented by you, but it smacked you behind the head anyway. If you feel as though you have failed through this crisis, you haven’t. Your failure is most probably hurt – hurt that circumstances beyond your control have taken away opportunities.

The last two alternatives involve showing up. After a failure, you are never going to succeed unless you show up. In truth is, the only time you truly fail is when you don’t show up and try.

If you’ve been truly beaten up by this pandemic, take some time to think about your next steps. But please don’t look upon your “failure” as a dead end. Like Oprah, Steve and Walt, it is probably just the beginning.