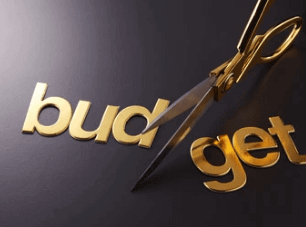 What goodies were in the 2017 Budget for Small Business?

Last night, the Federal Treasurer released the 2017 Budget. Of course, the media is full of commentary this morning – principally about the big ticket items like the increase in the Medicare Levy, and the 6 basis points levy on our 5 biggest banks.

I won’t add to the flood of words on the overall effect of the budget, but I do want to examine what the implications are for Small Businesses.

Unlike some previous budgets, Small Business didn’t get too much attention this time. What there was in the budget was good, but it’s what was left out that was disappointing.

The best news for small business was the extension of the $20,000 immediate write-off for asset purchases. This concession was supposed to end on 1 July 2017, but it will now continue until 30 June 2018.
The effect of the $20,000 write-off concession is that if you buy an asset that your business needs to help it generate income, you can immediately claim the cost (up to $20,000) against your taxable income. No, you don’t get a cheque back from Scott Morrison for $20,000 unfortunately. But if you made a profit of $50,000 for the year, your taxable income would drop to $30,000, so you would pay less tax.

A new regulatory body will be set up that will be an affordable and (hopefully) fast dispute resolution service for small business owners who are in disagreement with their banks. This new service will replace three existing bodies, and should be the low-cost answer for small business that has been called for by the Small Business and Family Ombudsman.

A boost for regional Australia

Several large infrastructure projects have been announced that will undoubtedly assist SME’s in regional Australia. The big ticket item here is the Melbourne-Brisbane inland rail. This project has been talked about for so long, so I sincerely hope that this isn’t another false start.

Another rail project is an allocation of $10 billion over 10 years for urban and regional rail projects. It remains to be seen how much of this money makes its way to “regional”.

For those of us who find it hard to locate new team members with the skills we need, $1.5 billion has been allocated for a new Skilling Australia Fund. The funding is intended to support traineeships and apprenticeships.

Most disappointing of all in the 2017 Budget is that there wasn’t a peep about tackling the issue of long payment times. I guess it was a little ambitious to hope that something might actually happen so soon after the release of the Payment Times and Practices Inquiry, which recommended a maximum payment time for all business to business and Government payments.

Another new levy for hiring employees

There will be another levy payable by Small Business now. New Temporary Skill Shortage Visas replace the much-maligned 457 Visas. But every employer hiring someone on one of these new visas will pay a contribution to the Skilling Australia Fund (see above). If your turnover is under $10 million, the levy will be $1200 per employee per year. Of course, there are many more details to the levy, but you get the general idea.

Flow-through of the Bank levy

There are already rumblings that the cost of the 6 basis points levy on the big banks will be passed through to customers (i.e. us). However, in all their media interviews this morning, members of the Government have vowed that they will be keeping an eye on them to make sure this doesn’t happen. In the words of former Liberal Leader John Hewson;

“The banks always find a way to pass on cost increases”.

Of course, there are many more implications for small business owners in the budget, because as well as being business owners, we are mum, dads, homeowners, investors, patients and citizens of Australia. Now comes the long drawn-out slog fest of getting the 2017 Budget though the Senate.

Get your ear plugs ready.