What were the big issues for Small Business in 2018? 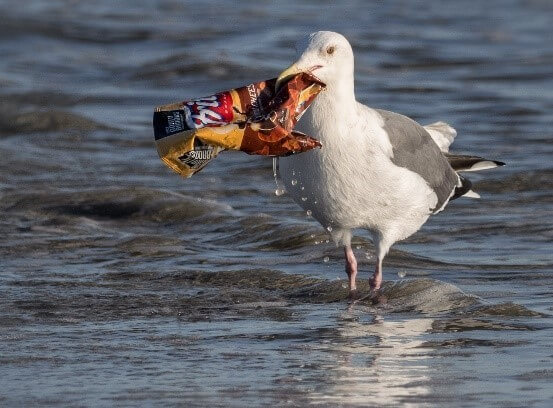 Now that everyone is back at work for 2019, I am going to stick my neck out and join the chorus of commentators on the most important things that happened in 2018.

Royal weddings and kindergarten behaviour in Canberra don’t feature in my list. I’m sticking to what I see as the most important things that happened for Small Business.  Politicians throwing another Prime Minister out of the cot certainly affects us, but I have chosen other issues.

My list is completely subjective, so please don’t blast me for being incorrect – feel free to make your own list!

2018 saw some further (but marginal) progress on the problem of extended payment terms and late payment to small businesses.

In June 2018, a Parliamentary Inquiry was started into how the mining industry (typically the worst payers) can assist regional businesses. While this Inquiry covered a host of issues, extended payment terms was the headline item. You can read the final report here.

Another piece of good news was that, at the request of the Minister for Small Business, the Australian Small Business and Family Enterprise Ombudsman (ASBFEO) followed up its initial Inquiry into extended payment terms and late payments with a direct, anonymous survey. Like the Parliamentary Inquiry above, small business owners were reluctant to put their hands up and be named for fear of suffering retribution from their big suppliers. The results of this survey have not yet been released. Some interesting New Year’s reading ahead!

Pressure seems to be building for legislated 30 day payment terms – at least to small business. A tell-tale sign is some of Australia’s largest companies committing to exactly this.

The Voluntary Code for payment terms established after the initial ASBFEO Inquiry (May 2017) has proven to be less than effective – as expected. Only 89 companies have put their names to the code, and the serial offenders are notably absent.

The Unfair Contracts legislation, which extended consumer protections to small business, is being revisited. It took several decades to get this introduced, and unfortunately it has not been as effective as small businesses had hoped.

There have been few contracts tested by the courts under the legislation. The underlying problem is that putting unfair clauses in contracts issued to small businesses is not actually against the law. The legislation relies upon the small business or the ACCC taking the matter before the courts – not something that too many SME owners are keen on.

You couldn’t make this stuff up- seriously.

If you haven’t been following the outlaw behaviour of some of this country’s major financial institutions, get yourself a cup of coffee and Google “Banking Royal Commission”.

Actually – don’t do that. It will only make you depressed, and you don’t need that at the start of a brand new year.

The implications for SME’s are several. Most small business loans are secured by the business owner’s personal assets. Some of these loans should never have been made, and put both the owner and the business at considerable risk.

Yes, the business owners should be more aware – and that’s another topic in itself.

Now that the business of lending is (hopefully) back to being driven by sound banking practice rather than the commissions that could be earned, some of those loans will be in jeopardy. There is also the possibility that lenders will swing to the other extreme and turn ultra-conservative, cutting off vital funds to perfectly viable and stable businesses.

Finally, the human race seems to waking up to the fact that the unlimited use of plastic is not a good thing.

To be honest, I don’t know what particular effects this movement will have on small business, but I do know that we need to be proactive. This is one of those huge social shifts that often take years if not decades to work their way through society. Governments are always the slowest to catch up with these, but catch up they will. Best for us to start early.

Anyway, it’s the right thing to do.

As I pointed out at the beginning of this post, this list is far from comprehensive. Other issues that you should have on your radar include:

As the legendary Jack Welch said,

I hope that 2019 will be a productive, profitable and happy year for you.