Trouble at the Top 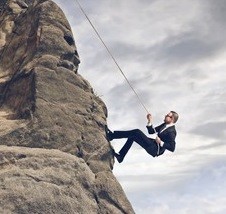 Trouble at the Top. Would “Ethics Moments” help?

Hands up if you’ve ever been involved in a “Safety Moment”.  A Safety Moment is when a work group has a brief discussion about safety issues – often at the beginning of the day, a shift or a meeting. (The issues discussed are not always workplace-related, so these discussions are sometimes also called a “Safety Share”.) Most large companies will incorporate some variation of these in their daily routines.

The purpose of these discussions is to highlight any new safety issues that may have arisen, and also to share personal stories around safety. The sessions tend to be concise, timely, and conducted in a non-threatening environment. Ultimately, the fact that safety is discussed continually helps to keep the topic front-of-mind for everybody.   Safety Moments help to reinforce everyone’s commitment to a positive safety culture, and encourage every individual to routinely evaluate risks before carrying out their tasks.

“A safety moment is quite simply when you stop and think about the task or act you are about to perform and ask yourself if it really is safe to carry on. It can be something that happened to you which makes you think… ‘if I had only taken a moment to…’”  – Health & Safety for Beginners

If Safety Moments remind us about Safety, maybe we should have “Ethics Moments” as well

So, if a Safety Moment is a good way to remind everyone about safety, and to stop, pause and think about what you are about to do, wouldn’t it be a good idea to introduce Ethics Moments as well?

Over the past few weeks, and particularly since the election of Donald Trump as US President, I’ve been taking closer notice of the importance of business ethics in our communities.  Election commentators believe that President-Elect Trump won because American voters turned against the “elites” – the political, economic and cultural establishment.  Trump’s supporters felt that the elites had not only ignored their needs, but had taken advantage of them to enrich themselves. Middle class voters saw growing income inequality coupled with corporate bad behaviour (often unpunished) and ineptitude at the “big end of town”.

In short, the voters saw an absence of ethics, and turned against the ‘establishment’.

So are we seeing the same public reactions here in Australia?

Over just the past 4 days, I have found the following headlines (by skimming two Australian newspapers):

Is it any wonder that voters want to vent their anger at the ballot box?

The Rio Tinto story is particularly depressing.  This global giant proudly promotes its “The Way We Work” document with the words;

“The Way We Work symbolises what we stand for as a business. It makes clear how we behave according to our values of respect, integrity, teamwork and accountability.”

In spite of those well-meaning words, actions at the top of the company tell a very different story.  Rio has now reported its internal investigation of payments in Africa to several corporate regulators across the world, virtually guaranteeing a prolonged legal inquiry.  Worse still, the investigation has encompassed not one, but two, former Chief Executives.  But wait, there’s more… Another Rio Tinto Board member is under investigation in relation to her conduct in a previous position, and her husband is reportedly under investigation as well. And in 2010, 4 Rio Tinto employees were arrested and charged over receiving bribes and stealing commercial secrets while in China.

As a very large mining company, Rio Tinto has a strong emphasis on safety across all its operations. Mining is inherently a dangerous operation. Perhaps the Board should start with some Ethics Moments to accompany their Safety Moments.

Of course, Rio Tinto isn’t the only large company to experience a serious lapse of leadership, and I have written about this previously on my blog and LinkedIn.

There are already businesses that practice Ethics Moments, but clearly not enough of them. A large body of research shows that ethical companies excel on a number of business metrics, so it’s not just the right thing to do, it’s also the profitable thing to do.  So how to start as a small business owner?

Just stop and think about the task or act you are about to perform and ask  yourself,  “Is this really the right thing to do?”

Business ethics do matter. People do take note, as has already become very apparent during the US election. Voters there have soundly rejected what they perceive as a lack of ethics. (Whether the new president will be better behaved remains to be seen).

Be a leader, gain a competitive advantage, and set the example for our bigger competitors and customers.

If we apply the reasoning behind Safety Moments, and embrace the concept of Ethics Moments, we may just create an environment where ethical behaviour is the norm.