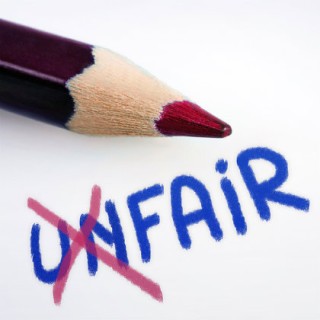 Some big companies still don’t get it.

Every small business owner can tell stories about how their company has suffered at the hands of a large corporate wielding unfair contracts. I’m sure you will recall the 2016 debacle in the Australian milk industry, where a corporate milk processor unilaterally reduced the price of milk paid to producers.  It then went on to reclaim “overpayments” retrospectively.

Consumers have long enjoyed protection from unfair contracts by the Australian Competition and Consumer Commission (ACCC), and small business lobby groups have been pushing to have the same protection for many, many years.

After years of discussion, November 12th, 2016 saw the introduction of the Federal Government Treasury Legislation Amendment (Small Business and Unfair Contract Terms) Bill 2015.  While this sounds like an incredibly boring piece of legislation that would not interest anyone except a lawyer, it was actually a very important turning point for small business owners.

The legislation had been under discussion for years and was presented to Parliament in October 2015. At its core, the legislation is designed to prevent large organisations from abusing their market power, allowing a small business owners to approach the courts if they feel that they are being subject to unfair terms.

What is an unfair contract term?

Three principles are applied to determine if a contract term is unfair:

There are plenty of examples of contract terms that have been caught by the new legislation. The dairy contracts case I referred to above has certainly come under scrutiny, (although not under the unfair contracts legislation, because they were entered into prior to November 12th, 2016).

Now that the legislation has been in force for seven months, it is timely to see what the courts have done with the unfair contract condition cases brought before them.

Banks are still not playing ball

One of the standout issues is loan arrangements faced by Small Businesses. (Lending terms and practices has been the subject of a separate Australian Small Business and Family Ombudsman inquiry, headed by Kate Carnell). Clearly, there’s a long way to go. Ms. Carnell has described herself as being “gobsmacked” that, in spite of the Unfair Contracts Legislation, “…eight lenders found they had failed to eliminate unfair terms from their loan agreements”.

As a result, the head of the Australian Competition and Consumer Commission has the banks squarely in his sights for court action during 2017.  In his own words;

“We are looking at some amazing clauses that clearly do small business great harm, and we’re looking to get those to court.”

Another company that has already fallen foul of the unfair contracts legislation is the Christmas hamper company Chrisco. Chrisco had cleverly inserted a clause into its contracts that allowed them to keep deducting payments after an order had been fully paid for and delivered. The “Head Start” payments would be credited towards future hamper orders, or repaid without interest if another one wasn’t required.

The remainder of 2017 will be interesting as the ACCC brings some of the cases it has been preparing before the courts.  I will be watching particularly for some of the clauses that I see most often:

“X Company may, at any time, in its absolute discretion, terminate this contract for any reason by giving the Contractor not less than five Business Days written notice to that effect”.

What should you do if you think your contract is unfair?

It’s important for small business owners to remember that only the Courts can decide what an unfair contract term is.  As the business owner, if you suspect that any contract you are party to is unfair, your path is to try and negotiate with your customer, using the new legislation as a leverage point.  If this approach fails, your next option is to seek legal advice or approach the ACCC.

At long last, those who have neither the knowledge nor the resources to negotiate better terms will have some protection.  We can only hope that the change will help to increase the amount of small business activity and profitability in our communities.